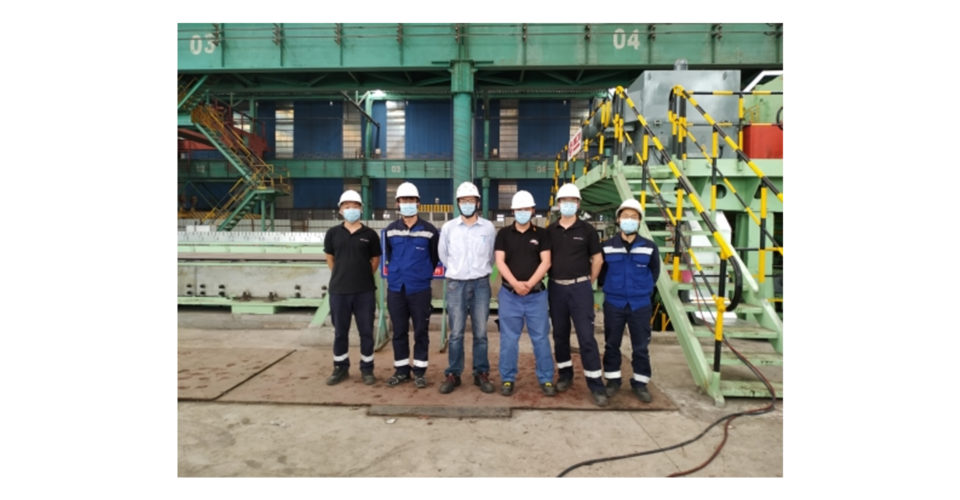 SMS group has successfully – and ahead of schedule – commissioned the No. 2 shearing line of Jiangsu Shagang Group in Zhangjiagang, China, after the installation of an X-Pact® automation system.

In this project, Jiangsu Shagang Group, one of the biggest private steel companies in China and a Fortune Global-500 company, reconfirmed its trust in automation technology from SMS group. The order for the automation of the 3.5-meter shearing line was placed in December 2018. This order is based on an automation order signed in 2015 and relating to the complete 3.5-meter plate rolling mill, of which the No. 2 shearing line is a part. For the rolling mill automation, SMS group had supplied a new X-Pact® basic automation system and a high-precision process automation system. Final acceptance was granted in 2017. The production line – with a designed annual production capacity of 800,000 tons – eventually increased its production capacity to a record-breaking level of 2.8 million tons.

The X-Pact® automation system of the No. 2 shearing line features powerful functions for the fully automatic transport and cutting of steel plates from the entire rolling mill. Its advanced high-precision full-line plateposition tracking system continuously updates the plate data in the PDI (process data information) system. The tracking system also provides support for manual operator interventions, such as delaying a plate or removing a plate from or feeding it into the production sequence.

During commissioning, the electrics & automation site team of SMS group joined forces with the team of Jiangsu Shagang to reduce the commissioning time to just ten days. This provided the customer economic benefits of more than 10 million yuan that month. In recognition of the extraordinary effort the SMS group team had performed in line with the spirit of being the Leading Partner in the World of Metals, Zhu Hui, Factory Director of Zhangjiagang Hongchang Plate Mill Co. , a company of Shagang Group, presented a letter of commendation to the SMS group team.

December 2018 had also seen the placement of an order with SMS group for Jiangsu Shagang’s 5-meter heavy-plate mill No. 1. Jiangsu Shagang here expects from the newly installed X-Pact® automation system the same positive effects on the production rate and the plate quality as achieved on the 3.5-meter mill. Commissioning of the new automation system is to take place shortly. Preparations have already begun.

SMS group is a group of companies internationally active in plant construction and mechanical engineering for the steel and nonferrous metals industry. It has some 14,000 employees who generate worldwide sales of more than EUR 2.9 billion. The sole owner of the holding company SMS GmbH is the Familie Weiss Foundation.